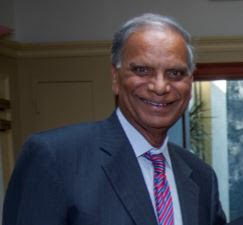 Ram Gupta is the Founder and President of Chatam Management Co. Ram grew up in an agrarian community in rural India that lacked basic necessities like electricity and running water, and in which the nearest schoolhouse was five miles away. Against these odds, he went to college and graduated with distinction in accounting from Osmania University in Hyderabad, India, becoming one of the few members of his community to do so.

After graduation he became a Chartered Accountant and was a manager of the Accounting Department of an Indian public utility company. In 1970, Ram moved to New York City to continue pursuing his career in accounting. But recognizing that New York City afforded countless opportunities to the ambitious, in 1976, he struck out on his own and started a real estate business. Over the next forty years he developed and grew his real estate portfolio to
include properties across the United States.

Ram Gupta has served as both Treasurer and Vice President of Bronx-Manhattan Association of Realtors. Mr. Gupta has also served as the President of the Rotary Club of The Bronx. In that role he spearheaded a project to give back to the community from which he came, by installing a fresh drinking water system for the village residents. Ram has also sought to give back within the community in which his business flourished, by serving on the board for the Bronx Chapter of the American Red Cross, R.A.I.N, Inc., and the Bronx Realty Advisory Board. For his efforts in the community, Ram has been recognized by the Bronx YMCA as its Man of the Year, has been given the Humanitarian Award by the American Red Cross, was recognized as a Model Rotarian by the Rotary Club of the Bronx and was given the Outstanding Service Award by the Bronx-Manhattan Association of Realtors. 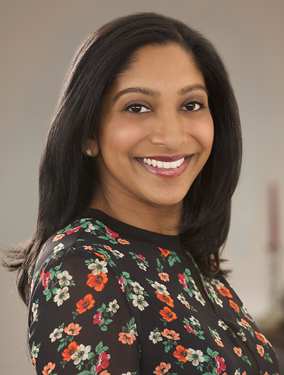 Anita Gupta is the Vice President of Chatam Management. Ms. Gupta graduated from the University of Michigan in 2003 with a Bachelor of Sciences in Economics. After graduating, she was employed by Marcus and Millichap as an associate and learned how to market commercial properties. Anita then went to work as a property manager for a real estate firm in California before returning to New York to attend law school at Touro College Jacob D. Fuchsberg Law Center, in Long Island.

While at Touro, Anita served as the president of the Women’s Bar Association. In that role she spearheaded a fundraising initiative, and for her efforts, was awarded the Student Bar Association Presidential Award, the Outstanding Law Student Award, and received a special honor from the National Association of Women Lawyers. In 2008, after graduating from law
school, Ms. Gupta joined her father at Chatam Management and shortly thereafter spearheaded a new construction project that helped revitalize a busy commercial hub in the Bronx. Upon completion of the building, she was given the Visionary Award from the Westchester Square Business Improvement District.

Today, Anita is involved in all facets of Chatam Management’s business, including asset management, building operations, new acquisitions, and legal review. She works side by side with her father, Ram Gupta, Chatam’s founder and President. Together they continue to expand Chatam’s real estate portfolio to include properties throughout the country. Last year, they both received the Heritage Award from the Bronx-Manhattan Association of Realtors, an award given to multi-generational firms involved in the real estate industry.

Anita is an active board member of the Bronx-Manhattan Association of Realtors and was recently added to the Executive Board of Community Housing Improvement Program (CHIP), a real estate trade association representing over 3,000 apartment-building owners in the five boroughs. 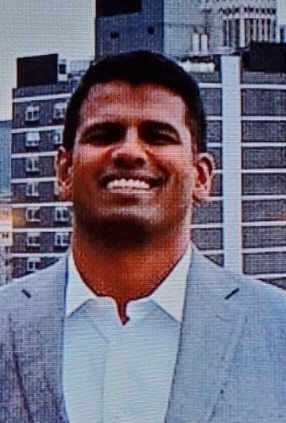 Harsha Gowda is Vice President of Operations for Chatam Management’s investments in the Florida market. Harsha graduated magna cum laude from Georgetown University with majors in Finance and International Business. At Georgetown, he was a varsity athlete on their Track & Field team. Following Georgetown, he joined Morgan Stanley in their investment banking analyst program. He then pursued an investment career in global equities, initially at First New York Securities and then on his own with BlueShore Capital, LLC. Harsha founded BlueShore Capital in 2006 and invests in stocks in the US and abroad. Harsha also holds a Masters in Accounting and Finance with Distinction from the London School of Economics. Harsha is an active member of the Rotary Club of Tampa and an avid skier.